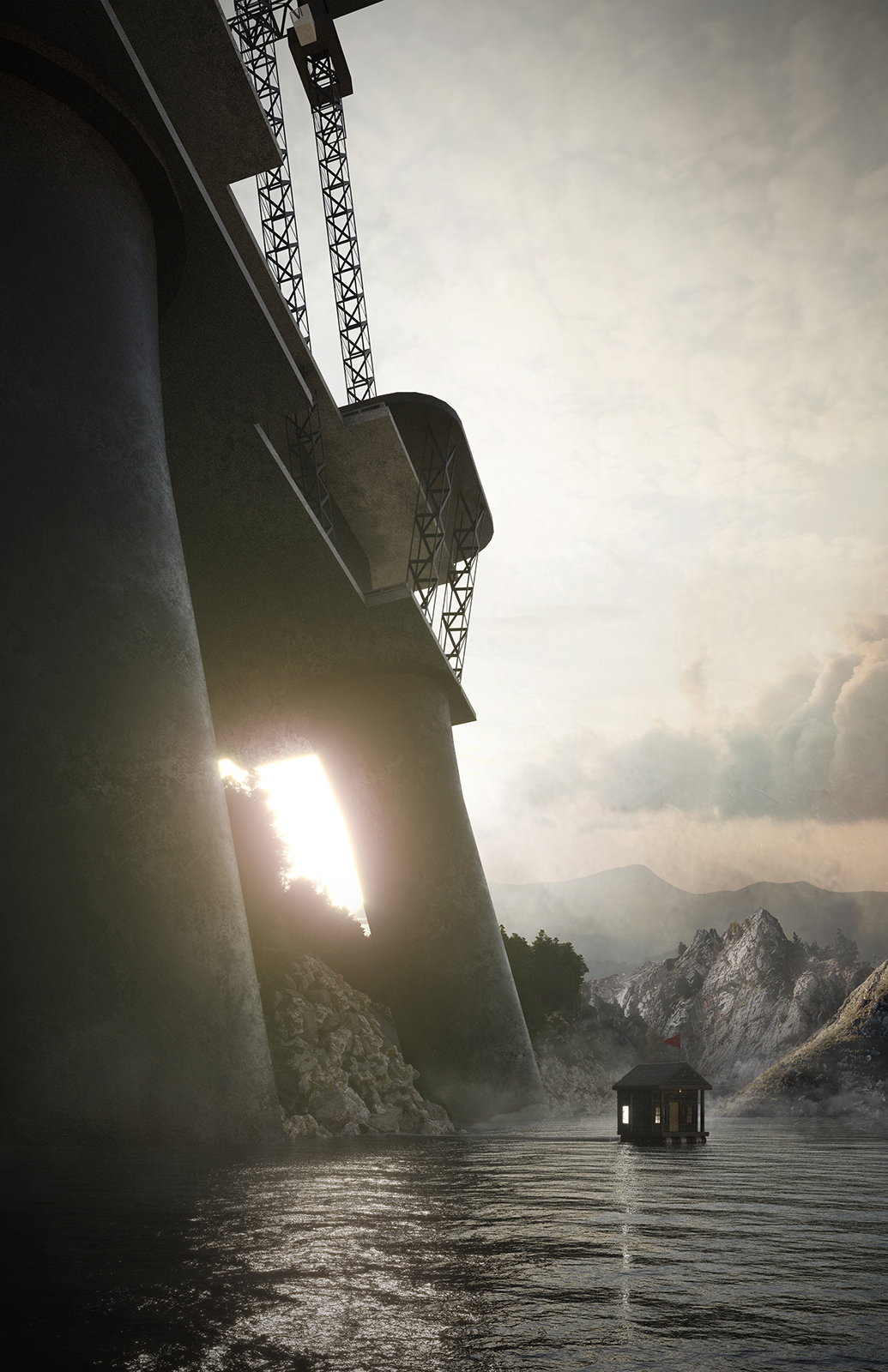 ‘Crude’ World’ was a collaboration between Leckie Studio and Plus Visual – a submission to the 2019 Blankspace Fairy Tales Competition. The submission consisted of five images and a brief narrative, and received recognition as an Honorable Mention. More information here.

12 years have passed since the catastrophic events on earth. There has been no communication from the planet during this time, and we have had to proceed on the basis that our small human colony on Mars as well as that on the international space station are the only surviving human outposts. The majority of our earth-orbiting satellites are dead. Those that are still functioning have shifted orbit and/or are unable to sync with our instrumentation.

We have not been able to ascertain whether human life – or any animal life, for that matter – persists on the planet. Our last recorded transmission from earth is dated 09 July 2186 – reporting a global state of emergency due to catastrophic climate and seismic events which were ravaging the planet. Global storm systems, combined with the shifting of tectonic plates led to large scale terrestrial flooding and continental shift, reducing the terrestrial land mass by approximately 40 percent.

Last month our instruments detected a small beacon of light on the earth’s surface, floating in the ocean. A three-person reconnaissance expedition was sent to earth from the international space station to investigate the beacon. This was a one-way mission. We are hopeful that the beacon is an indication that habitation on earth is still possible. Their mission was to report on the status of human civilization and the planetary ecosystem. We salute these astronauts for their bravery in returning to our native planet.

We received a transmission from the mission team earlier this morning. They reported that an empty vessel – a life raft of sorts – was found floating at the edge of the bituminous ocean. It was determined to be the source of the beacon. There were no personnel aboard, however, a Captain’s Log was found alongside a large scale mapping project – etched into the walls of the vessel, not unlike a prehistoric type of cave painting.