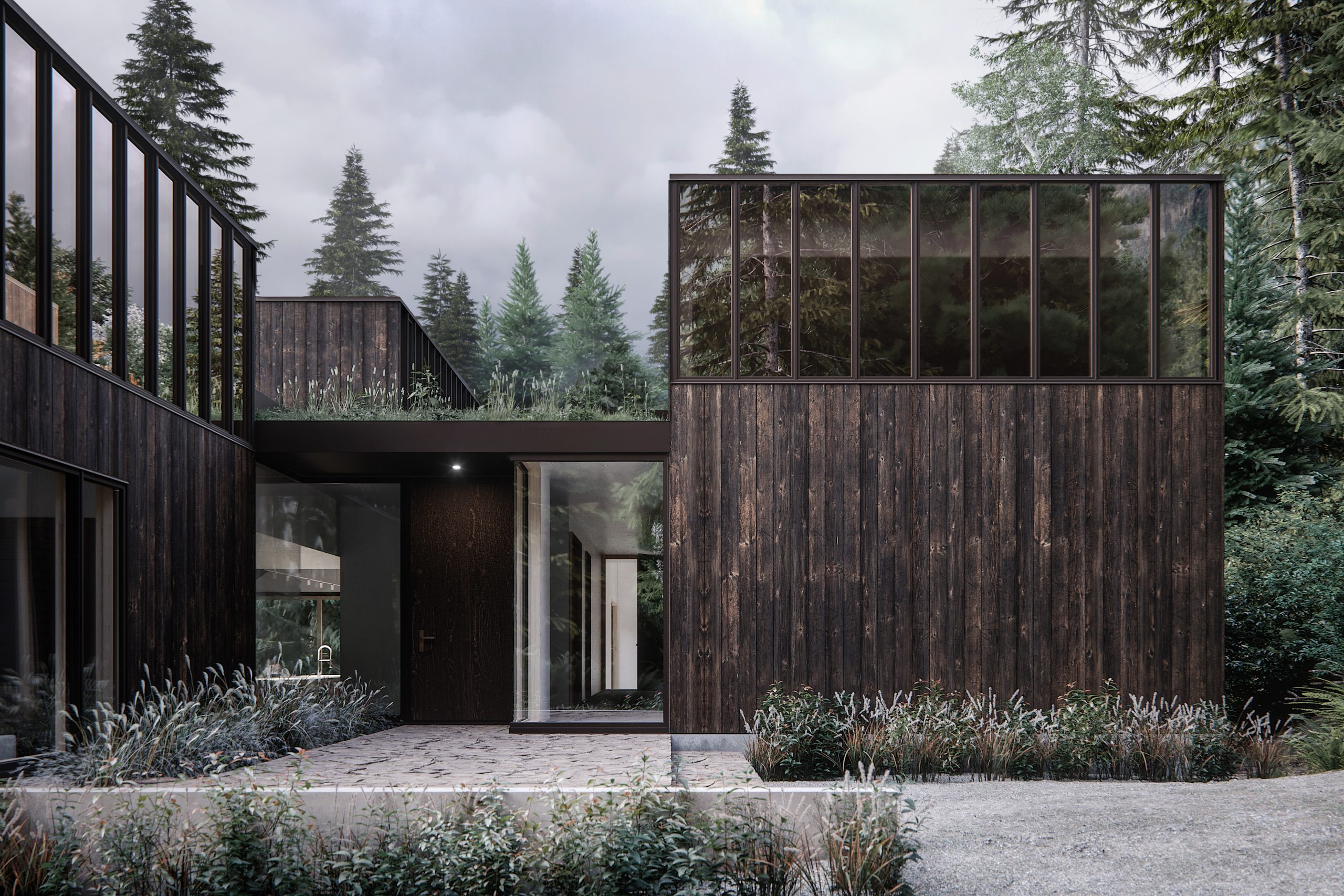 The project brief was to design a summer house for a young family situated on a sloping five-acre rural site in the Pemberton Valley, approximately three hours north of Vancouver. The program called for two bedrooms and a flex room, with the understanding that the family will be spending long periods of time living at the house during the summer months. The home also included a swimming pool, outdoor dining area, and a detached workshop.

The site is characteristic of the Pacific Northwest – remote, and rich with wildlife. The architectural concept was to create an optical camera wherein the experience of the site would be specifically documented and experienced through the lens of the architecture. The house is a spatial device which captures incoming light and directs it towards a specific internal surface or point.

The clients worked with the architect to select the site, with a focus on being able to create a work of architecture that would provide a secluded retreat from urban life. A rugged south-facing forested site was chosen – situated at the foot of the Lillooet Range along the north edge of the Pemberton Valley, and bracketed by the Garibaldi Range to the south.

The site is characterized by a series of distinctive features which are understood to exist across three discrete scales of perception or focal lengths – foreground, midground, and background. The background elements include the northern-most peaks of the Garibaldi Range to the south – Ts’zil (2591m), Hibachi (2603m), and Gravell (2802m). The prominent midground feature is the mountainous ridge immediately to the northeast named Lil’wat (2073m), commonly known as Owl Ridge. The foreground elements include several large mature trees – Douglas Fir, Lodgepole Pine, and Western Red Cedar – as well as extremely large mossy boulders that have existed on the site for thousands of years. The intention was to minimize site disturbance during design and construction, while still accommodating the functional program.

The massing is organized into four volumes which contain clerestory windows facing north and east. The views through the clerestories alternate between being specific (Owl Ridge) and abstract (tree tops / sky). The interior spaces have been sculpted with sloping ceilings to channel both light and view lines. The experiential quality of the interior spaces has a close relationship with the exterior lighting conditions and overall atmosphere. The primary spaces of the house closely approximate the experiential quality of the site.