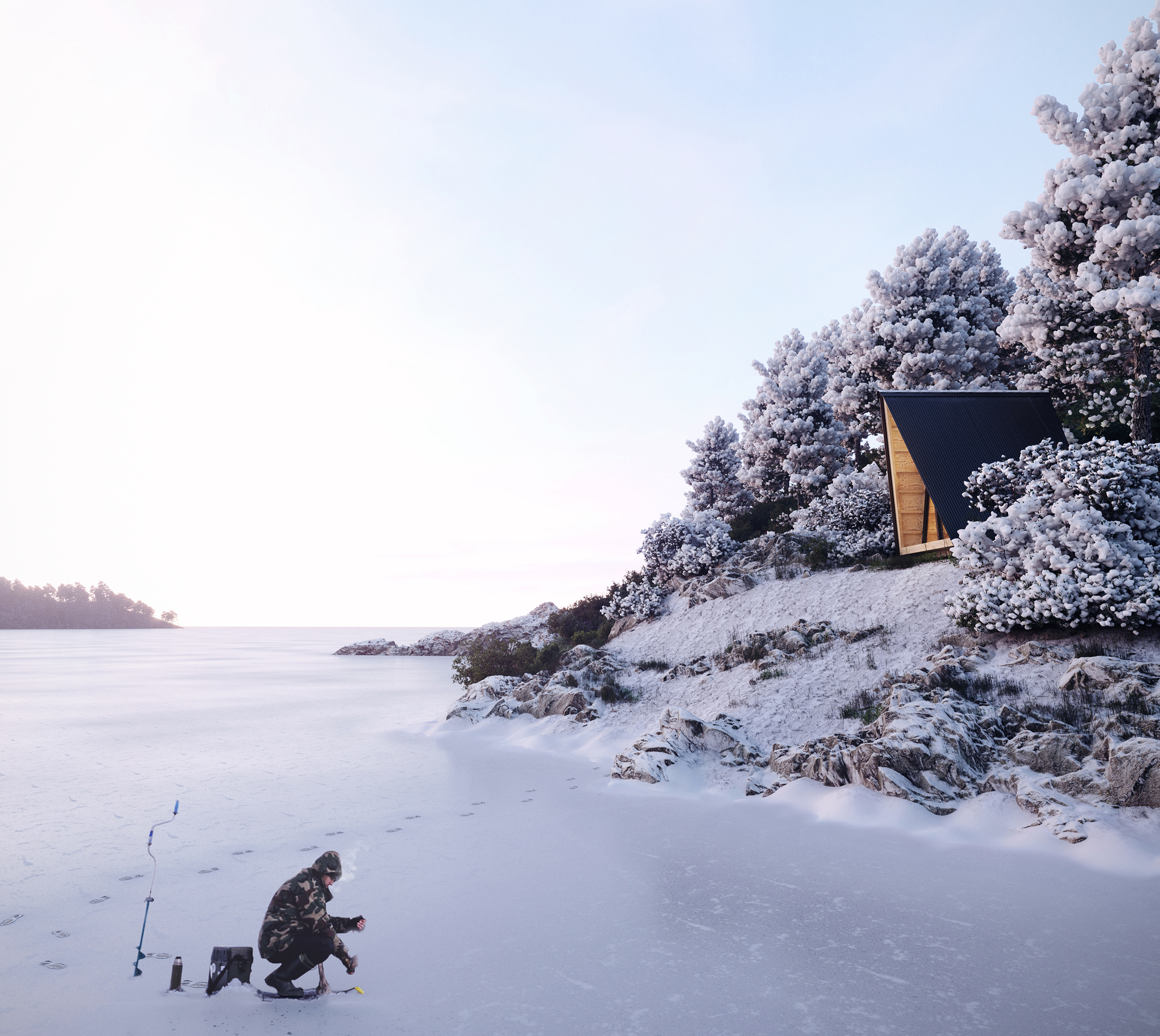 The Arrowhead Shelter is a 108-square-foot prefabricated structure that is intended to be flat-packed and shipped to remote and inaccessible sites across North America. The A-frame design is in part a nostalgic reference to alpine cabins in the mountains of British Columbia, but it is also structurally efficient and simple to construct. The Arrowhead to be easily assembled with hand tools by a small group of people.

The Arrowhead epitomizes the aspirations of the Canadian company which was conceived to assist individuals and organizations in the design, planning, and construction of small-scale outdoor structures. The company produces prefabricated, mass customizable building systems that can be configured to meet a wide range of individual needs. Inspired by Dieter Ram’s ethos of “less but better” – an experiment in minimal living, the company attempts to expand the boundaries of traditional architectural practice.

The Arrowhead uses FSC certified lumber and engineered wood products, 100% recyclable components, and adopts a zero-waste philosophy with minimal site imprint. The hut is designed to ensure durability and security against weather with its metal-clad shell engineered to last 50+ years. Passive cooling is provided via ventilation out the roof. At low and high latitudes, solar photovoltaic panels are oriented vertically on the facade and at mid latitudes the panels are oriented at 45 degrees on the roof.

Prefabrication allows for an economy and conservation of material and energy usage in the production and assembly of the building components. Each component is then flat-packed onto pallets for shipping to a location close to the site, then transported via air or off-road vehicles. Site preparation is minimal and requires no use of heavy machinery for minimal site disruption. Piling holes are hand-dug and concrete is then poured into sonotubes to form the piles for the foundation. A simple nail-on window system is provided, and prefabricated cladding modules are then applied.

As the building shell acts as shelter for domestic life, users can then customize the interior space based on the parameters of the building form; from densely populated bunk-beds in the backcountry to spacious bedrooms and full kitchens in the frontcountry.